Former Spanish Minister for Agriculture, Food and Environment Miguel Arias Cañete was appointed EU Commissioner for Climate Action and Energy yesterday, subject to approval by the European Parliament later this month. The new portfolio will be coordinated by former Slovenian Prime Minister Alenka Bratušek, Vice-President and Commissioner for Energy Union. Miguel Arias Cañete is a member of the Spanish People’s Party (currently holding a significant majority in the Spanish Parliament) and was head of the list in the European Parliament Elections back in May 2014. Arias Cañete has worked as a Government lawyer and law professor, as well as an MEP on the AGRI and BUDG Committees. At this stage the indicators are that the appointment of this Commissioner, given his political background, in unlikely to give rise to too much concern in industry circles.

The new appointments introduce a number of changes of relevance to energy and environment policymaking at EU level:

• Two portfolios that were separate in the outgoing Commission will be merged, namely Climate Action and Energy.

And the new organigram outlining how this will all work: 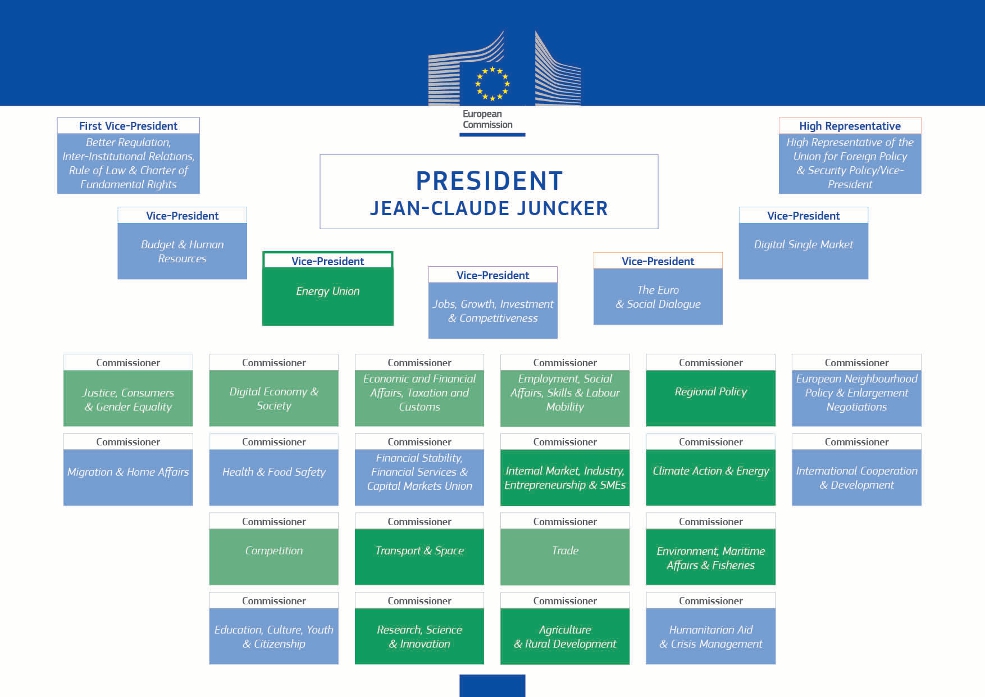