19th National Congress of the Communist Party of China

Overview of the Congress

The 19th National Congress of CPC opened in Beijing on Oct. 18, 2017. The Altogether 2,280 eligible delegates from across the nation attended the 7-day congress.

Our Interpretation： the opening of Congress and the overall tone across Chinese media on it indicates that the CPC central leadership maintains strong unity though there was widespread speculations by western observers. However, the number of high-rank officials disciplined over the past years, including the recent fall-down of top officials like former Secretary of Chongqing Sun Zhengcai, shows that the power wrestling under the name of anti-corruption is still tense.

At the opening of the Congress, Xi Jinping delivered a 3.5-hour-long report to the 19th National Congress on behalf of the 18th Central Committee of the CPC, which brought about four new “concepts”:

1．Socialism with Chinese characteristics into a new era

Xi stated that “the socialism with Chinese characteristics has crossed the threshold into a new era. This is a new historic juncture in China’s development”.

“What we now face is the contradiction between unbalanced and inadequate development and the people’s ever-growing needs for a better life.” However, “The basic dimension of the Chinese context — that our country is still and will long remain in the primary stage of socialism — has not changed. China’s international status as the world’s largest developing country has not changed.”

4. To build China into a great modern socialist country with a two-stage development plan

Our Interpretation： the report highly praised the achievements over the past five years under Xi’s leadership, and as previously estimated, clearly stated the so-called Xi Jinping Thought. These indicates that Xi has secured his absolute leadership position, and may push forward his ambitious development plan in the next five years. In the meantime, the language on key terms such as “socialism with Chinese Characteristics“, are on par with the philosophies of former leaders Jiang Zemin and Hu Jintao, showing that Xi and his top group would stick to political continuity and stability, which is crucial given the unique, complex challenges faced by China.

New Leadership for China over the Next Five Years

On October 25th, the CPC unveiled a new leadership line-up, including the 7 members of the Politburo Standing Committee. The top leadership to lead China into the “new era” are: 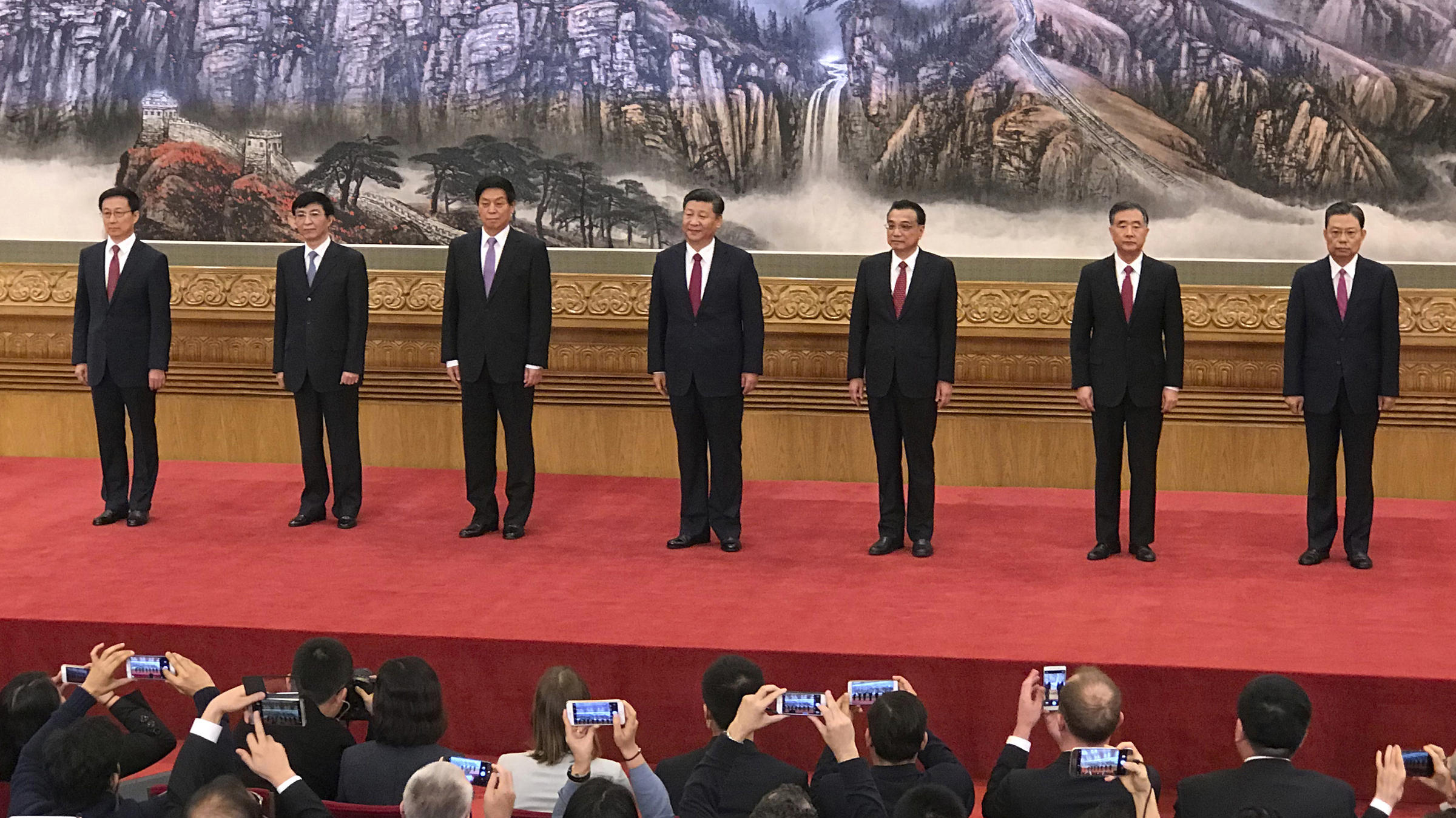